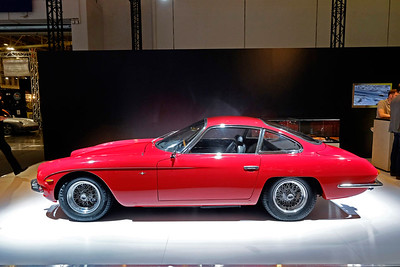 Lamborghini also celebrates the 50th anniversary since its first series production car came out the Sant’Agata factory: that was the Lamborghini 350 GT designed by Franco Scaglione as a further evolution of his stunning 350 GTV. The all-new supercar was powered by a 3.5 litre, 12-cylinder engine perfected by engineer Giotto Bizzarrini and credited of 280 hp. 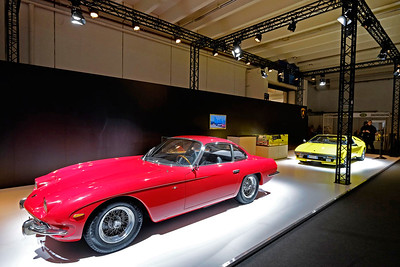 Lamborghini 350 GT (1964)
The car came with aluminium body panels, four-wheel independent suspension and disc brakes on all four wheels: some models were equipped with a self-locking differential. By the end of 1966, 120 of these remarkable vehicles had been produced at Carrozzeria Touring. The final versions featured a 4-litre engine with the same power as the 3.5 litter power plant, but with greater torque. Carrozzeria Touring also produced two Spiders (350 GTS). 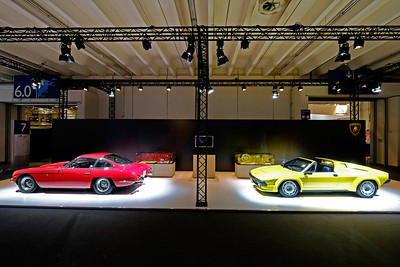