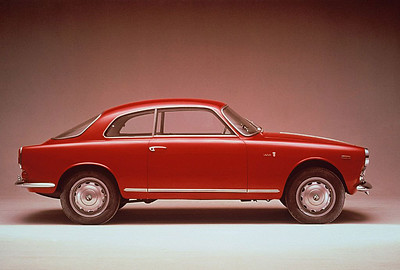 The story of the Alfa Romeo Giulietta Sprint is quite unique. By definition coupe and spider sports car are derivatives of the “founding” type, typically a sedan in those years, and the new Alfa Romeo Coupé and Spider were planned to follow the launch of the “Berlina”. However the Giulietta was planned to launch at the Turin Motor Show in 1954 and that year ten new Giulietta (one for a every thousand subscribers) should have been delivered to the lucky owners of the bonds carrying the numbers drawn at a public ceremony.

When Alfa Romeo executives realized their “750-project” needed more development time, to avoid loosing face and credibility decided to accelerate the development and production of the coupé. They had planned to build two hundreds (five hundreds according to other sources) units overall. Touring and Zagato, the coachbuilders that were the “closest” to Alfa Romeo in those years, had no capacity available and it turned out that only Bertone would commit to design and build the car in time for March 19th, 1954, the opening day of the Turin Motor Show. That day the fortunes of Bertone (and of Alfa Romeo) took a new, fantastic, turn. Instead of 200 units in one years, Bertone built 27.142 units in 11 years. 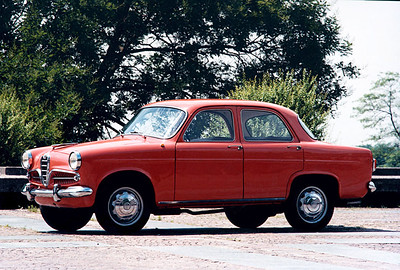 From more recent times come the Giulietta berlina and and its spider derivative, both from 1955. In 1954 Alfa Romeo presented the Giulietta Sprint at the Turin Motor Show.

In the hands of champions, the Giulietta racked up the most coveted successes despite the fact that - as a slogan of the time sums it up - "even Mum drives it". It's the dawning of a new era, and Alfa Romeo is a forerunner in making "the pleasure of sports driving within the reach of all". 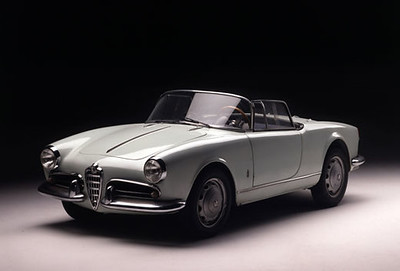 In October of the same year debuted the Giulietta Spider, affectionately termed "la signorina" (yung lady) by Giovanni Battista "Pinin" Farina, who designed its sleek lines, thus creating its great personality. Built on the Sprint's floor panel, but with reduced wheelbase, the Giulietta Spider meets with international success. It is welcomed enthusiastically in the United States and the motoring press calls it "a splendid continuity of the Italian tradition of good taste that means you can pick out an Alfa Romeo from a thousand other cars at a glance". 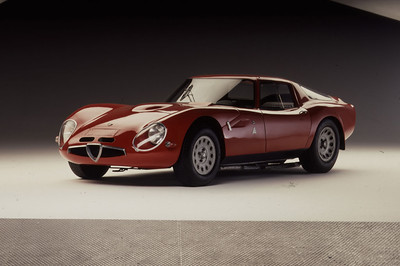