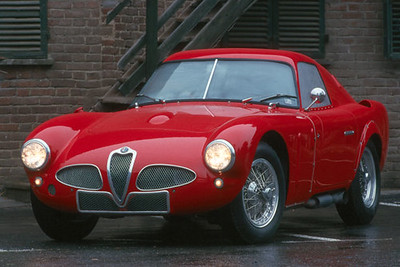 Late in 1952, Gioachino Colombo left Alfa Romeo to join Maserati. By that time the Disco Volante had proved to be not fast enough in the two-litre category (the intuitive aerodynamics had some merits but overall was a disaster for its excessive lift) and was not stable enough in the 3.0 litre class (perhaps for its live axle rear suspension). Consequently, Giuseppe Busso was asked to work at a new “Sport” car with closed bodywork (coupe-berlinetta) for higher speed and greater comfort.

Busso designed a new tubular frame to which it fitted the DeDion rear axle well developed for the “Grand Prix” racers (the 158, the 159 and the revolutionary Alfa Romeo 512) and sent the running chassis to coachbuilder Colli for a ultra light bodywork, made of hand made aluminium panels. That new car was powered by a six-in-line Alfa Romeo “touring car” engine which original 3.0 litre displacement had been increased to 3495 cc in order to grant some 250 HP at 6500 rpm. Eventually some cars had engines tuned up to 275 HP. 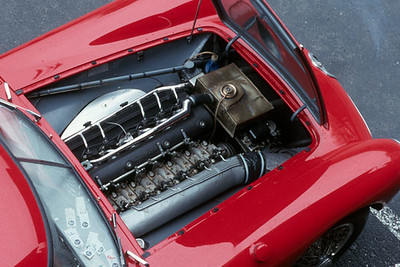 This car was called “Tipo 6C 3000 CM” where CM does not stand for Campionato del Mondo, nor for Competizione Maggiorata, nor Corte Maggiore but stands for “Cilindrata Maggiorata” because of its increased (maggiorata) displacement (cilindrata).
The car was just 960 Kg. and could top a speed in the 280 kph area, some 20 kph more than the open roof, 930 kg, Barchetta (Spider). Its looks offered a strange mix of aerodynamic, cab forward, futuristic design at the front.
That view was clearly inspired by the Disco Volante (but for the obsolete windscreen) and it is for that reason that some collectors also call it a “disco volante” (even though it has nothing to do with the predecessor), with a rather pragmatic greenhouse.
You would not called it a beauty, for its proportions and style. 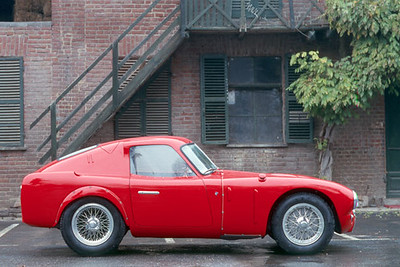 Yet, it was very fast, stable and driver friendly, as long as its light chassis did not break. Later on, the round design of the front, with the radiator grille and air intakes on its sides, inspired many Zagato and the TZ series.