A MAN AND HIS CAR.

Photo of the car restored by Salvarore Diomante by Massimo Perini ©

First raced by Juan Manuel Fangio at the 24 Hours of Le Mans in 1953, this Alfa Romeo 3000 CM has had a very thrilling life. Just like many racing GT that in those years, it was designed for road and track racing. Indeed, this rare Alfa Romeo had been engineered for the 1953 Sport Cars World Championship and namely to take part to the Mille Miglia and 24 Hours of Le Mans races.

It is one in a series of six cars first built by Alfa Romeo that year. Four were berlinettas (coupes) and two spiders, all originally made by Carrozzeria Colli. At least four of those racecars were subsequently re-bodied by famous coachbuilders and only two of them have been restored to its original design and are still being preserved these days, according to official sources.
In addition to this berlinetta, the Alfa Romeo Museum in Milano owns the “Spider” that won the 1953 Supercortemaggiore Grand Prix in Merano.

I had the chance to take a close look to this unique AR 6c 3000 CM berlinetta (a definition that is more appropriate than coupe), bearing the chassis number 00126, when it was owned by a well-known private collector,  the late Henry W. Wessells III. 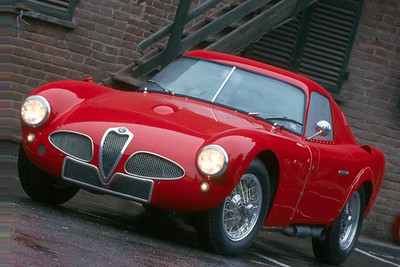 Henry W. Wessells the third, the latest hero in our story, was very well known within the car collectors community around the world. An automotive engineering by profession, he became famous for his passion for Alfa Romeo vintage cars. Cars that he liked to preserve and loved to race at veteran-car events. He has owned up to ”half a dozen” of them at a given time and he actually owned, driven and raced many more: «from the Alfa Romeo 6C 1500 to the Alfa Romeo SZ (ES130)». Indeed he was a car collector who love to race “My first race was in 1951 and I have raced ever since” he told us. However his passion for vintage car is just a bit shorter. It started three years later, in 1954 and was still burning the days we met last. 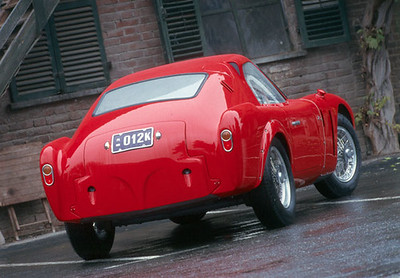 Probably this AR 6C 3000 CM would not exist any more but would have disappeared long time ago, had not the passionate (and reserved) Mr. Wessells, rescued it from oblivion and death on a couple of occasions. He had to do it, though. After all, it was him that crashed the car in a historic car race event in Pittsburgh.