This report of mine was first published on October 1st, 2013 in autodesign.socialblog.us

BERTONE  ROUMOURED SALE TO TURKISH GROUP IS NO GO.

Staff and managers of the galaxy of most of the small companies operating under the Bertone name or controlled by the Bertone confused and confusing net of holdings will all be all on temporary lay-off as of the November 1st, according to unofficial workers unions sources.

The Bertone Group needs to urgently reach an agreement with new investors that can support the network of design, engineering and prototype shops supporting car and public transportation industries worldwide. Insiders say the company needs financial resources and is in desperate need of better management (a problem that is at least 10 years old). Indeed, despite the orders portfolio (now dissipated) the company has been unable to make any profits since it was reorganised three years ago. It had plenty of creativity skill but modest production efficiency. 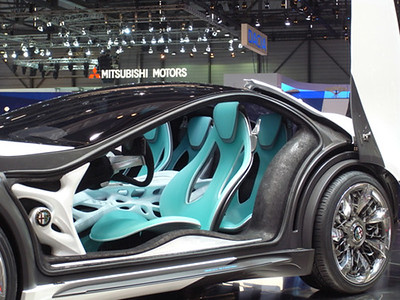 On October 20th, following a report in the Italian press that the company is in financial stress and unable to pay timely salaries to employees and suppliers invoices, the president of the Bertone Group rushed a press release to state the group has «a rich and diversified portfolio of contracts as never before», to say that the company «is negotiating with leading international banks to resolve the financial situation» and that «in order to grant a future to the company it is negotiating a corporate reorganization with no provisions of relocation abroad.»...more 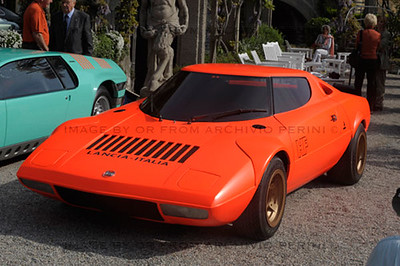 Recently, in a telephone interview Ms. Lilli Bertone, chairman of the group, said she was expecting to make official announcement as soon as the agreement she was negotiating with a new financial and technical partner had been signed. 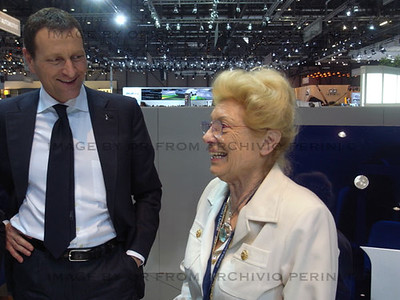 According to well-placed sources Turkish investors, related to the powerful Nahum family have been negotiating a controlling stake of the Bertone Group. The group includes Bertone Stile, one of the companies of the Gruppo Bertone established by Mrs Lilli Bertone from the ashes of the group she inherited from the late Nuccio Bertone.

[The Nuccio Bertone heritage was first blown-up by a devastating family dispute that saw Mrs Bertone and her two daughters fighting to the death of the family business shortly before its centennial. The dispute benefitted lawyers, liquidators and eventually Fiat that could buy the modern production facilities at Grugliasco at a very low price. Those facilities are now producing the new Maserati Quattroporte and Ghibli.]

Early this year there were speculations (and concerns) that a Chinese group would eventually take over the Bertone Group but in recent months, industry and financial sources moved their attention on a likely deal with the Karan Group, which controls, inter alias, the Kıraça Holding founded by İnan Kıraç and Claude Nahum in 1998. The holding is among the leading corporations in automotive, independent aftermarket, design-engineering, maritime and energy businesses in Turkey. more 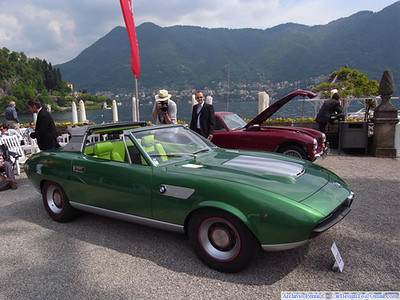 [In 2010, one of its companies, Hexagon Studio – a design and engineering think tank - was close to win the competition (and the contract) for the New York Taxi, eventually awarded to Nissan. Industry insiders in Torino report that the talks between the Turkish Group led by Claude Nahum and Bertone have been co-ordinated by Antonio Bene who has been CEO of Tofas (the industry leader in Turkey) for two years in the past decade (2002-2004) and is a board members of Karsan Automotive and Hexagon Studio since 2008. Mr. Bene has also been one of the three curators appointed by the Turin Court for the liquidation of Carrozzeria Bertone and knows very well the great potential of the Bertone Group.] 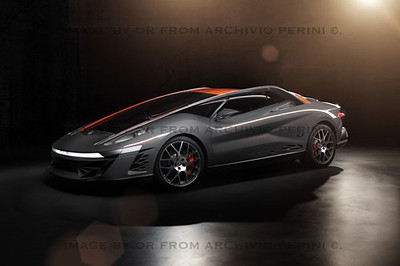 However, according to inside sources Mrs Bertone has declined all offers for takeovers, or alternative sorts of partnership, and there are very few chances that the company will find another potential buyer or partner now that the best designers and engineers, some of which had been on temporary lay-off since last May, have fled to competitive companies. 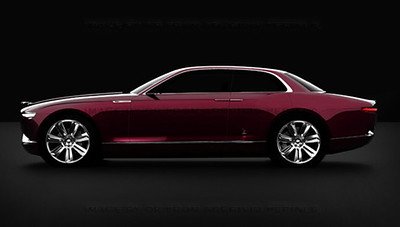 The most recent decision to put all employees and management on hold, may lead soon to a Chapter 11 procedure.

The recent developments are involving all major Bertone’s clients which in the past months have taken a defensive approach, have reduced or reduced the workload and, in the case of the BMW Group have requested the creation of a separate organisation for the management of their programs.

Other major clients concerned about their own development programs are the Chinese FAW and BAIC and Russian Autovaz.

Calls to Bertone’s CEO Mr. Marco Filippa have not been returned.

Stile Bertone Spa is officially announcing it is asking for the protection of Italian legislation similar to what is referred to Chapter 11 in the U.S.A.

A press release issued by the company today says that the company has applied for the procedure as it is putting all employees under temporary leave protection,”in view of a partner soon”.

The statement adds: «in view of the new ownership, the company management will support the current owners through the current negotiations with three goals: preserve the rich and diversified orders portfolio, develop new projects and safeguard jobs»