However each maker will be making its own decision separately. Actual production is expected to launch in early 2017, with pre-launch introduction late in 2016.
BMW is reported to be leading the development of the car's chassis, banking on its experience with aluminium, carbon fibre and high resistance steel to create a lighter and stiffer composite body structure, whereas Toyota's contribution is focusing on high performance Hybrid technology and energy storage and recuperation. BMW is expected to produce the direct injection, turbocharged four-cylinder engine (in 1.6 or 2.0 litre size) for both sport cars. 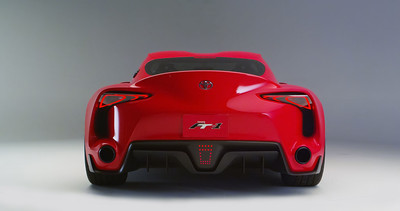 These will not compete head-on though, BMW will first offer a lighter roadster with pure front-engine and rear-wheel drive layout, whereas Toyota first offering will be a sophisticated high performance Hybrid with all-wheel drive transmission banking on Toyota's ultimate ''super conductor hybrid'' technology, recently showcased by the Yaris Hybrid R hatchback. The difference is that the new Supra will feature rear wheel drive from the ICE four-cylinder engine via a transaxle plus front-wheel drive from two separate electric motors developed and built in-house by Toyota. 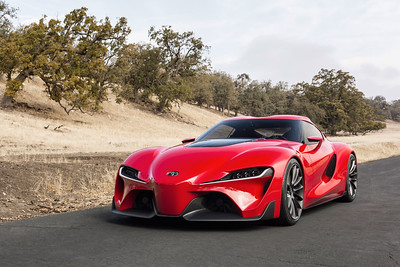 Toyota would indeed provide its electric motors and hybrid technology for applications in other production models of the BMW Group. Toyota's electric motors do a lot more than powering the wheels. The two electric motors on the front axle work as electric generators during the braking phase, and supplement the petrol engine during the accelerating phases. A third motor, located between the engine and the six-gear sequential transmission, operates as a generator in two different modes: during deceleration to feed the super capacitor and during acceleration to directly power the rear wheels. In doing so the generator works like a traction control system, redirecting the torque as electric energy to the rear wheels, to boost the acceleration and to improve the handling. 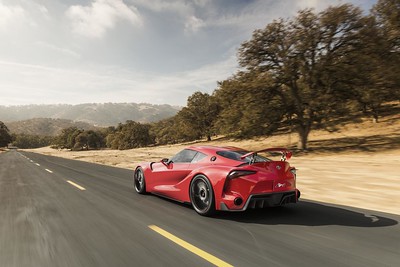 Depending on the radius of the curve, the system can send more torque to the outside rear wheel allowing higher cornering speeds into the corner (middle-speed curves), apply more braking force to the inside wheel (fast curves), or even brake and accelerate each wheel independently (slow curves) to adjust the yaw effect for a better line, to limit steering angle, and understeer.