Fabrizio Giugiaro on the Ford Mustang

Fabrizio Giugiaro designed a very realistic concept of the third millennium Ford Mustang. His effort focused on creating a compact and affordable heir to the iconic car that granted so much success to its maker when it was launched. He did his "suggestion" of a modern Mustang in co-operation with Ford, his designers and marketing experts and he knows what the Mustang meant for Ford and the Americans. We asked him a few questions and here is what he said. In the following two videos.

Video 1. Click Here: Fabrizio Giugiaro on the Ford Mustang on its 50th Anniversary (takes a few seconds to start) 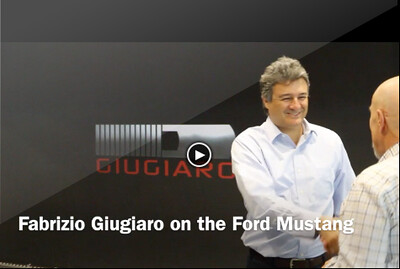 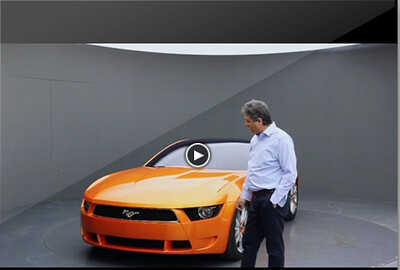 DS, the young brand that is bowing in mainland China from the joint venture formed by Chery and Citroen is making its world première at an international motor show at Auto China Beijing 2014.
The Beijing Motor Show is a key event for DS as China is the premium brand’s number-one growth priority.

The authoritative and well informed German magazine «Auto Motor und Sport» have confirmed rumors that BMW will be showing a preview of its next over-the-current-top flagship, named by the press «BMW 9 Series», at the forthcoming Auto China Beijing 2014 motor show.

Following the 2012 Onyx Concept of a luxury high performance car, Peugeot will shortly be unveiling, at the Beijing Motor Show, its Exalt Concept of a luxury flagship designed with the Chinese wealthy buyers in mind.
It shows the French understanding and vision of style and luxury combined with high performance, dynamic look, a sporting character and that French touch of practicality.
Indeed the Exalt concept suggest a new kind of five-door, fastback, high tail, architecture in a 4700mm. long (relatively compact to Chinese standards for luxury cars) that features a low silhouette, with the maximum height limited to 1310mm. and sitting on 20 inches wheels.
The bodywork treatment enhance the production technology and materials with the use of bare stainless steel skin and shark-skin textile at the rear.

The “Black Bess” limited edition on display is one of the three only to be built by the French luxury manufacturer owned by the Volkswagen Group.

As with all models in the Edition series, the current Legends model is limited to a run of three vehicles and is available for a net price of € 2.15 million. All twelve units (indeed each is a work of art and crafts) of the four Legend models created so far have been sold.

Daimler AG’s CEO, Dieter Zetsche has offered his shareholders general annual meeting an exclusive preview of a new SUV with a sleek fastback design. The unveiling was part of his announcement of an unprecedented product offensive against Mercedes-Benz strongest competitors.

The image shown by Zetsche has no clear reference to its size but the understanding is that the model shown will fit in the upmost market segment and will be ready to contrast the new Audi Q7 and BMW 7X.

Mr Zetsche told the shareholders audience: «we see a great potential for a Mercedes that combines the features of a sports car with those of a SUV”.

Mercedes-Benz is said to be unveiled a “Concept” of the new SUV at the Beijing Motor Show on April 20th.