The first Studiotorino Moncenisio in a series of 20 has been unveiled to the international press and to the friends of the Studiotorino family at the National Museum of Automobiles in Torino, Italy, today.  The so far unique two seater sport car born in Germany and educated in Italy comes with a shining sky-blue* colour and the “S” symbol of the Italian company committed to create and deliver “fine sport cars” to discriminating car drivers who are ready to spend more money and indulge on their very individual car.

The Moncenisio has been designed by the talented and passionate Daniele Gaglione (who was the project leader of the Alfa Romeo 8c coupé and spider under Wolfgang Egger) and is now head of design of Italian design and engineering studios of Chinese JAC in Pianezza, nearby Torino.  His main source of inspiration was the1963 Porsche Type 904 and is consequent with the Studiotorino 2006 RK Coupé.
To the project a long series of technical partners have contributed with their own creative suggestions and delivered unique “on demand” solutions, such as Pirelli for the “brand” tyres, Glasurit for the special paintwork or Skorpion for 3D printed components.
As the long and detailed story documented on Faceboo by Alfredo Stola and his wife Maria Paola, there is a lot more than just driving your own bespoke sport car in this sort of relationship. 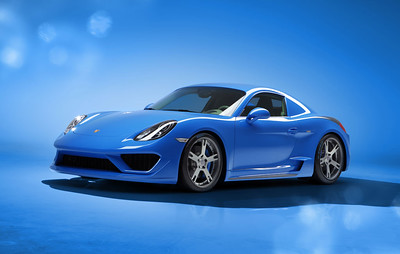 There is the unique pleasure of becoming part of the creation process, making your choices for many details and seeing your next “baby” (or shale we call it the luxury but not prohibited toy for adults?) growing day by day.
The Moncenisio is a coachbuilding experience that combines the modern technology and materials with the old tradition of hand and craftsmanship creation. It is designed and built as a further enhancement of one of the best sport car on the road today, the Porsche Cayman S Type 981. According to Alfredo Stola, managing director and curator of the project, its Moncenisio name is a tribute to Italian motor sports:  the Susa-Moncenisio race, the first hill-climb race in the world, which took place July 27, 1902 and was won by Vincenzo Lancia in a Fiat 24 Hp. 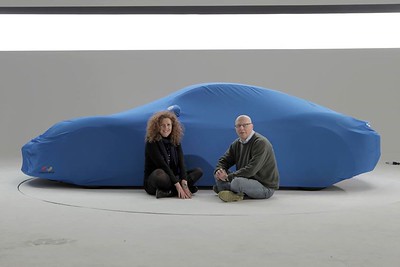 At the same time it is homage to the historic link between Stuttgart and Torino. Between Porsche and the Italian coachbuilders. Their co-operation was very intensive between 1946 and 1960. In those years Ferry Porsche was supporting famous Italian and Austrian talents very active in Torino, such as Piero Dusio, Dante Giacosa, Rudolf Hruska and Carlo Abarth. They were the key people in the Cisitalia and some special Porsche developments.
Franco Scaglione designed the “fuoriserie” Porsche 356 Carrera Abarth, of which twenty units were built.  «Hence our decision to build no more than 20 Moncenisio.» said Mr Stola. 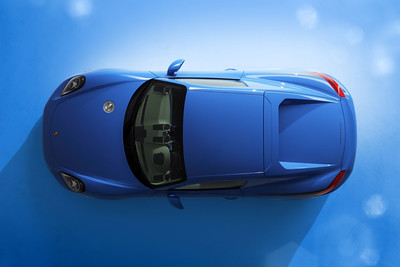 The guidelines for the project were clear: create a more exclusive, elegant and yet exotic car with no change whatsoever to the original Porsche powertrain including tyres and wheels sizes. Use every possible upgrading options from Porsche, keep the weight and dimensions difference as small as possible and by all means within the tolerances allowed by Porsche and international legislation.  The new approach resolve in advance any registration issue and indeed the company is ready to transform into Studiotorino Moncenisio any Cayman S from the owner or his favoured Porsche dealer.

Indeed, despite many changes to the bodywork and the entire interior the Moncenisio pay absolute respect to the original design and one cannot be mistakes to recognise its Porsche roots even though the Moncenisio carries no Porsche symbols anywhere. Only a direct comparison would make the differences obvious and justify the extra cost of 145,000 (previoulsy post figure of 140,000 was my mistake) euros each Moncenisio commands. 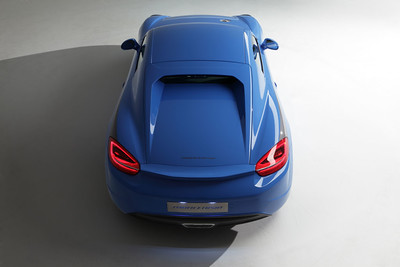 The base price includes a long list of features and standard options. Ordering one before it is too late is a simple process, says Alfredo: «just go to www.studiotorino.com and click on “Buy It” for details regarding purchase, features, and custom options».
After that and in due course Studiotorino will create off-line the Moncenisio according to its owner requirements, provided they do not conflict with the standard certification and safety.
The very first Moncenisio carries a special ID silver plate reading S.F. 1/1 and is dedicated to Francesco Stola, the father and inspiratory of Alfredo Stola. 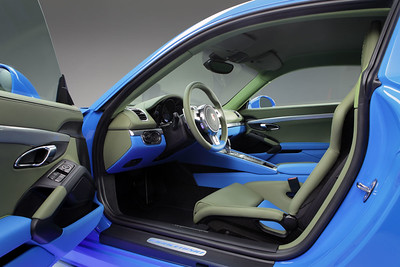 * The exclusive shade of blue developed for the body and part of the interior of the prototype recalls the reflection of the sky upon the lake at the summit of the mountain pass.  With an altitude of 2083m the Moncenisio Pass can be found just one hour away from Turin and connects Italy with France along the ancient “Via Francigena”.