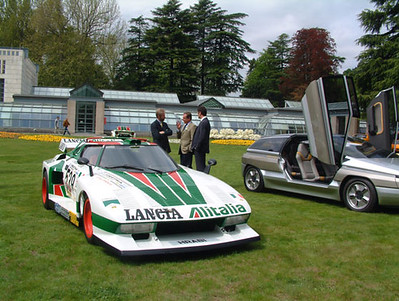 Marcello Gandini was born in August 1938, the second son in a large and well-connected family.  His father had been a prominent musician and director of symphonic orchestra in Turin.

Gandini was born in August 1938, the second son in a large and well-connected family. His father had been a prominent musician and orchestra leader in Turin, but after the war he could not make his living from music and bought a pharmacy. Nevertheless, he hoped young Marcello would follow an arts career and sent him to a liceo classico where such an education was offered. 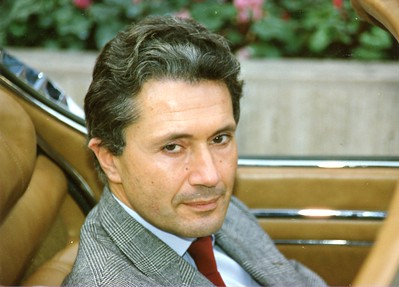 As a teen-ager, Marcello did poorly at the arts school.  He preferred to buy engineering   textbooks and developed a love of tinkering   with mechanical things, especially cars. Eventually he dropped out of school and drifted, looking for a career.
For a while he worked at redesigning bodyworks of cars the like of the Abarth 600 for competition purposes but most of his interest was in the things that the bodies contained - engines, gearboxes, suspensions and brakes.
One of his first jobs, he remembers with irony, was to cut the tail off a friend's specially bodied hill-climb car, purely to save weight.
It looked rather like a Kamm-tailed car, but in the end there was merely a great big hole, plugged with chicken wire. About the same time, he took a commission to decorate a nightclub in Turin, the Crazy Club. He did the whole job - the wall-coverings, the bar, the lighting, and the furniture. "It must have been horrible", Gandini says, "Because I gather it was very successful."

By the time he had turned 20, Gandini was a money-earning designer branching out into graphic design and furniture design. With no formal qualifications but a lot of talent.
In 1959, at 21, he built an all-new body for a 1500cc OSCA Barchetta. 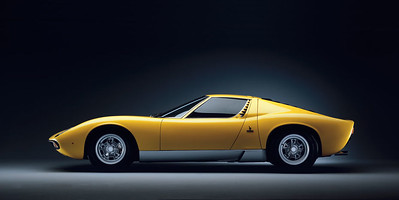 Then on the eve of the Turin motor show in 1965, Giugiaro left Bertone and in the following 24 hours Gandini had been hired as chief designer.
Four months later, at the Geneva show of 1966, Bertone presented three different show cars styled by Gandini. They were a Jaguar 3.8 coupe called the FT, a Porsche 911-based roadster (long before the German maker ever realised the idea) and the prototype of the Lamborghini Miura.
Then came the Lamborghini Marzal and Espada; the Autobianchi A112 Runabout and its derivative Fiat X1/9, the Alfa Romeo 33 Carabo and the radical Lancia Strato's and Lamborghini Countach. 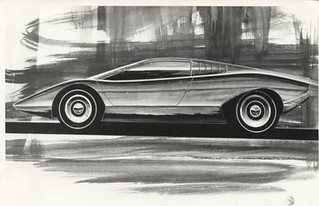 With them a number of «people’s cars car» as Alfa Romeo 1750 Berlina sport sedan, the Audi 50, the Innocenti Mini and a new, very successful generation of BMW 5 series. Add to these the 1981 Mazda Luce and at least half a dozen other projects for which he is not allowed to claim credit.
His last Bertone project was the Citroen BX saloon, whose sales rescued the French marque. Subsequently he has been a consultant to Renault
In 1979, Gandini left Bertone and set up his own studio to work primarily as a consultant to Renault on a long-term contract.
Ever since he has been busy with a variety of projects that included a number of popular cars for Renault and Citroen as well for many Japanese brands. In addition he did major truck projects for Renault and even a very modern and efficient one-seater, ultra-light, helicopter, the renowned CH-7 Angel.
Unfortunately, Gandini continues to maintain a thick veil of secrecy on his works. Not just because his clients appreciate it but also for he believes the world does not need to know. On this, I doubt, he is wrong.