Parisian premiere for the Renault Espace.

One year after teasing the public visiting the Frankfurt Motor Show with the Espace Concept, Renault will be premiering the all-new generation of the MPV it was first to offer in Europe some 30 years ago: the famous Espace.

Through the years the big, family van has matures into a large, sophisticated crossover, which aims at appealing new buyers with a strong design and modular, highly flexible, interior.

Like its the brightly-lit, living room on wheels, is at the core of the MPV proposed by Renault but the company designers have been very keen indeed to dress the bodywork with contemporary design and with those fluid and friendly lines that speak of integrity and dynamic life-style. 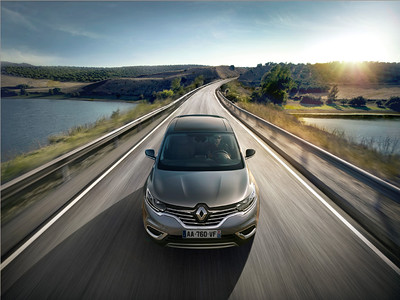 This is consequent with its occupant-friendly cabin and floating centre console. Once again, Renault is making sure that both the five- and seven-seat versions feature ingenious interior modularity and attention to comfort, convenience and detail with regard. 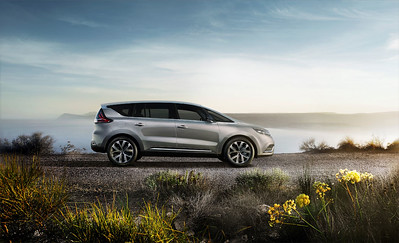 The new Renault Espace will make its world premiere at a press conference led by Mr Carlos Ghost, Chairman and CEO of the Renault Group, at 11.00am on Thursday, October 2, on the Renault stand at the Paris Motor Show. In the meantime those who do not want to wait till then can have a preview on internet at www.crossover.renault.com. 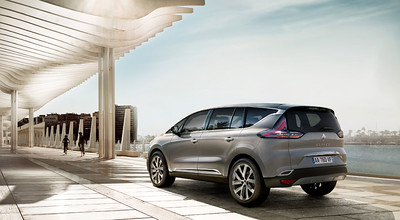 Parisian premiere for the Renault Espace.