The restyling of a concept car.

A new trend is launched for the Paris Motor Show by Peugeot. The restyling of a concept car.

Restyling is typically reserved to production cars and when a concept car chassis was “recycled” for a new project the outcome would take a different name. Here we witness the introduction of the “sequel”.

Last Spring. Peugeot’s look into the potential successor to the 508 flagship took the shape of a luxury car that would attract the Chinese buyers.

Indeed it was bound for unveiling at the Beijing Auto Show. Its exterior design was bold, sharp, angular and somewhat complex. It would certainly not go unnoticed.

The interior design was also radical and home-inspired, although very modern, progressive and attractive.

Six months later the Exalt concept changes its cloth and switch to French and European elegance. The new dress is shaped to fit a smoother and curved silhouette outside. Inside the modern-home-interior design approach is preserved but the combination of material, colours and trim is much more in tune with European taste.

Also the colour of the “skin” in the rear section of the car is in harmony with the painting of the frontal part. The bodywork features different shades of grey that emanate from the bare steel covering the majority of the exterior to the distinctive ‘Shark Skin’ rear end whereas it was in contrast (burgundy red) with the first edition for China. 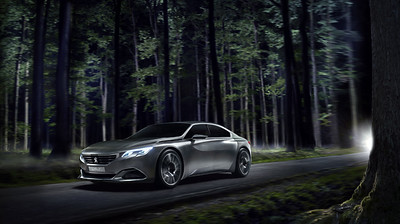 Both concept cars share most of the platform and drivetrain and feature a petrol-electric HYbrid4 with a combined output of 340hp. Overall dimensions and proportions of a new kind of five-door, fastback, high tail, architecture are unchanged. The Paris Exalt is also 4700mm. long and maintains its low silhouette, with the maximum height limited to 1310mm. and sitting on 20 inches wheels. 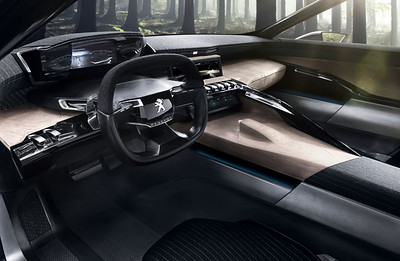 According to the maker, the rear of EXALT is trimmed in ‘Shark Skin’ to improve the drag coefficient, Peugeot calls “Shark Skin” a highly efficient textile that draws on ‘bio-mimicry’ to create a technical grain structure that markedly improves the aerodynamic performance of the vehicle and reduces fuel consumption. This feature is highlighted by Coupe Franche - a clear line between the rear door and the quarter light that creates a sophisticated tone-on-tone transition between the bare steel and the grey of the ‘Shark Skin’. The result is a finish notably different from the version seen at the Beijing Motor Show last April.

In typically French style, the EXALT concept aims at uncommon versatility for a saloon. The tailgate features an innovative pantograph mechanism, which allows maximum opening while needing less space externally. The tailgate and integral motorised hobby flap reveals a boot with a low load sill, providing easy access to the HYbrid-kick Concept moped. The HYbrid-Kick is a foldaway electric scooter stowed below the boot floor that represents an ideal addition when it comes to covering last-mile mobility. Its ease of use makes getting around town so much easier. 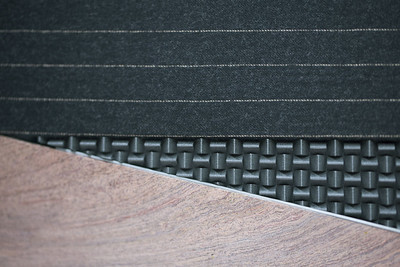 The “tender”(no images available as yet) offers Peugeot the opportunity to pay homage to its tradition and history: “PEUGEOT holds a unique position in the market with its range of two-, three- and four-wheeled mobility solutions. Combining an electric scooter with our EXALT Concept demonstrates PEUGEOT's ability to offer an integrated, innovative solution to cover last-mile mobility requirements.” Said Mr Xavier Peugeot, Product Director.