Sixty years on, the marriage between Ferrari and Pininfarina remains a very happy one and keeps delivering juicy fruits. When this happy Italian couple introduced their «Pininfarina Sergio» Concept at the 2013 Geneva Motor Show they made no official statements about its future developments but insiders spoke and heard of a business plan considering the production of a limited series of six units. The rumours have come and go even since but now the news is semi-official. The Ferrari press-office has conceded that: yes, six units will be built and they are all committed to final owners.

Ferrari is very secretive about their bespoken one-offs and routinely say that all rights to the cars and its information belongs to their individual patron. All Ferrari will concede is that they are built over the bones and muscles of the Ferrari 458 Spider and they will be delivered and serviced by Ferrari and their dealers. 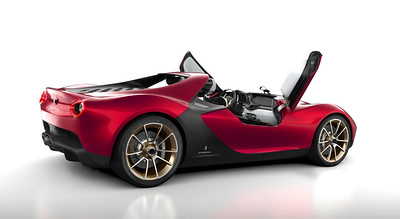 Our sources whispered some additional information. Pininfarina is not creating a limited series of six Sergios but rather six individual fuoriserie, which have the initial Sergio design in common but are all different and are all individually crafted. Each one is built to the desiderata of its owner and each is individually registered for public road as a single specimen. With its own exterior and interior design and with its own colour, trim, detail and…. hopefully its own name or type designation.

Will we see the first of them next months at the Paris Motor Show, which Ferrari is used to celebrate with a world-premiere? No, not at-all, according to inside sources. 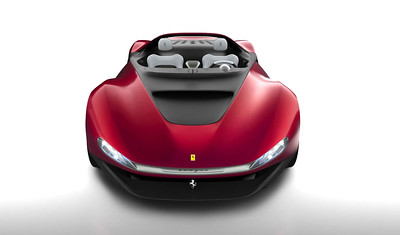 Hopefully we will see them all by Christmas time, when they all should be ready for delivery to the few, selected and privilege members of the new and virtual “Ferrari Sergio by Pininfarina Club “ as this virtual image anticipate. 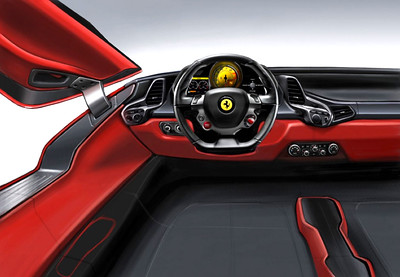 We should refuse any trivial question but, just for the records, we must report here that the rumoured initial value of reference of a new street-legal Sergio is said to be set at 1.5 million Euros. Plus taxes. Of course.