Do not ask yourself what sense it makes to drive a 550 HP SUV downtown Manhattan, Moscow or in Shanghai. Some supercar enthusiast in Pebble beach could take the question as a provocation. Be politically correct and just acknowledge that this sort of heavy weight supercar might have and will have some followers around the world.
The successful Land Rover company has just announced that its first high-performance SUV that will carry the addition SVR badge, front and rear, is the new Range Rover Sport SVR. The Porsche Cayenne challenger is capable of accelerating from 0-60mph in a breath-taking 4.5 seconds (0-100km/h in 4.7 seconds) and on to an electronically limited top speed of 162mph (260km/h), according to its maker.

The new weapon in the hand of the British specialist and dealers is equipped with a 5.0-litre supercharged V8 petrol engine tuned to deliver 550PS and 680Nm – substantial 40PS and 56Nm increases – with its advanced ZF 8HP70 8-speed automatic transmission and four-wheel-drive chassis optimised «to complement the astonishing performance, whatever the weather.» says land Rover. Should this sounds not enough here is another claim: «In initial tests, Land Rover’s most dynamic SUV has lapped Germany’s legendary Nürburgring Nordschleife racetrack in 8 minutes 14 seconds, one of the fastest times ever recorded by a standard production SUV.» 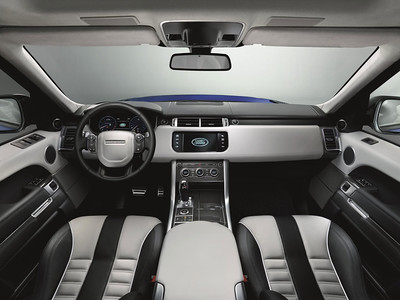 Talking on sound a remarkable and long awaited accomplishment by the SVR specialist is «, an electrically controlled two-stage active exhaust provides a racecar-inspired soundtrack at higher engine revs without adversely affecting refinement during steady-state driving.» whereas a more conventional "first" for Range Rover is the option to fit the Super SUV with 22-inch alloy wheels with performance-optimised 295/40 R22 Continental SportContact 5 tyres complement the driver-focused chassis instead of the standard, new 21-inch alloy wheels with 275/45 R21 all-season tyres offer unparalleled all-terrain capability.
As for design, while we wait to see the Sport SVR in its splendour and in day light let's make reference the company press release. 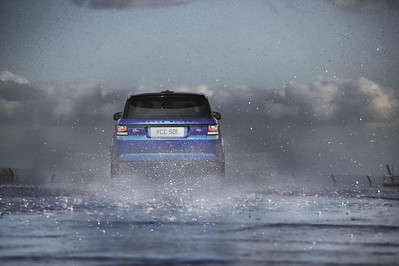