Jaguar Project 7 to be street legal

The 300 kph Jaguar F-type Project 7 that took Goodwood’s Festival of Speed by storm late last June is not just a one-off two-seater roadster for the show but a real proposition for a limited production of one of the most exclusive Jaguar of this millennium. Designed under the leadership of Ian Callum to celebrate the 60th anniversary of the mythical Jaguar D-type (as the distinctive D-type-inspired fairing positively witnesses) Project 7 will be a multiple of craftsmanship art reproduced 250 by the recently established Jaguar Land Rover’s Special Operation department and according to its Managing Director John Edwards, it will be «a fully road-legal two-seater roadster» 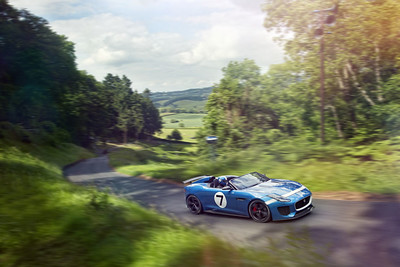 On the occasion, Mr Edwards explained: «Special Operations exists to develop a suite of products and services that enable our most discerning and enthusiastic customers to indulge their passion for our cars. F-TYPE Project 7 is a perfect example of one such product. It's the most powerful production Jaguar ever built, and pays homage to Jaguar's seven outright Le Mans victories with distinctive design cues inspired by the Jaguar D-type which celebrates its 60th anniversary this year."

It must be assumed that Project 7 is just the beginning of a new chapter in Jaguar newly written history book. 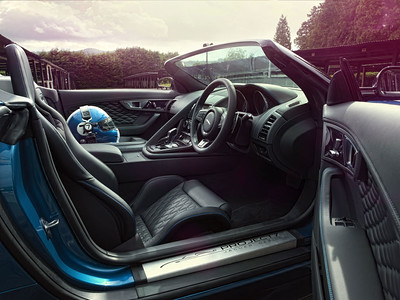 The distinctive and minimalist Jaguar F-TYPE Project 7 design of the original 2013 concept. Is maintained through the street car and Ian Callum likes to stress that “. Modern, purposeful and with a stance that screams intent, Project 7 is the perfect contemporary embodiment of the D-type that inspired it and it also is the perfect example of how, as a design team, we can move quickly, with our engineering colleagues, from concept vehicle to production reality – we’ve pushed the boundaries of what’s possible without losing any purity of form.” 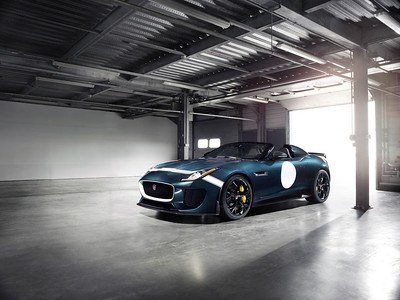 Indeed, the original design study was penned as a spare-time experiment that blended Jaguar’s rich racing heritage with its then-new, groundbreaking sports car line, the F-TYPE. The sketch – of a single-seater sports car with a swooping profile, muscular stance and cut-down windscreen – went from paper to digital model to the Goodwood hill climb in the space of just a few months, and has now become a production car. The fastest and most powerful production Jaguar has ever built. 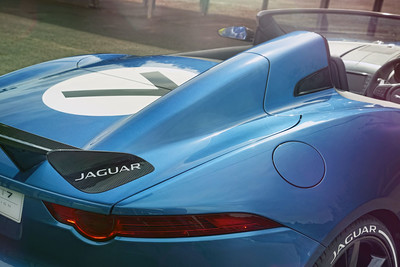 Jaguar Project 7 to be street legal