Public unveiling scheduled for Geneva. First deliveries to start in spring next year

The public at large will be able to see and check out the new Lamborghini Huracán only next March at the 2014 Geneva Motor Show. For the time being what they can see is a set of official pictures that tells only a share of the whole story when it comes to its design, looks, proportions and overall appeal. Just as we do.
Well, let’s say from the outset that what we are looking at, is an excellent designer’s job and a new evolution of the Lamborghini form language. Not the sort of emotional machine one would expect from Lamborghini, after the stunning Reventon, Sesto Elemento, Aventador and Veneno seen in recent years. Yet, quite powerful, especially in the clean front view and the fussy rear deck.

Sure, one should not expected anything close to the unique Egoista, but wouldn’t be we entitled to see something more bullish, given the bull’s heritage? Something that would please Ferruccio as well?
Those times have gone. Haven’t they?
Business is business and Audi (who owns Lamborghini) wants the Huracán to beat the outgoing Gallardo in the race to sales records for the brand ruled by the charismatic Stephan Winkelmann, by selling a lot more than 14,022 units in ten years. 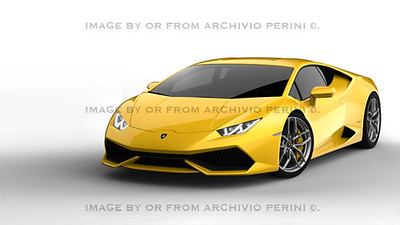 Lamborghini seems to believe that in order to win this sort of race, one has to be a bit less progressive, when it comes to design. Or they decided to tame the Huracán to avoid an uncertain fight with the Aventador.

Indeed, the new Lamborghini must be loved by the «qualified prospects» that will be invited to more than 130 private preview events in more than 60 cities throughout the world as of January. They are the people who will sign a check the very moment they get to see and feel the new Limbo, without asking for the price.
According to the Stephan Winkelmann the new Huracán «is redefining the benchmark for luxury super sports cars in this segment» which, we understand, calls for more elegance and discretion, comfort and driveability. «Huracán combines absolute performance with easy-to-drive road behaviour and both luxurious and sport-oriented finish» stresses Mr. Winkelmann, who call the Huracán « the next automotive legend». 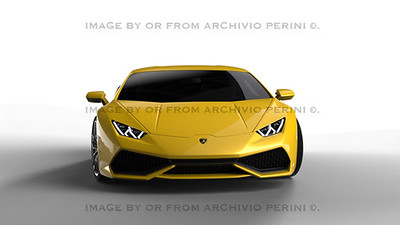 Perhaps there is more innovation underneath the skin, starting with the new 5.2 litre,  455 kW V10 engine already capable of meeting the EU 6 standards for emissions (effective in 2014) and yet takes the 4WD supercar from standing to 100 kph in just 3.2 seconds and to 200 kph in 9.9 seconds. Torque and power goes to the four wheels via the new 7-speed dual-clutch transmission and fully electronically controlled four-wheel drive system.

By comparison, the new Huracán is some 100 kg heavier than the ultimate Gallardo LP 570-4 Squadra Corse despite its hybrid chassis and bodywork combining steel, aluminium and carbon fibre components. Yet, because of its more powerful engine it beats the racing derived “Squadra Corse” in weight-to-power ratio at 2,33 against 2,35 kg/HP as well as acceleration and nominal top speed (323 vs. 320 kph).
The Dr. Jekyll’s clean face of the engine come with Stop & Start technology and combined EU consumption down to 12.5 litters per 100 km (290 g/km CO2 emissions). Not bad. Right?
But what about Hybrid options, such as those offered by their relatives with home in Zuffenhausen? Lamborghini too must get there really fast, not to spoil the reputation of the supercars of the near future.
Design Highlights. 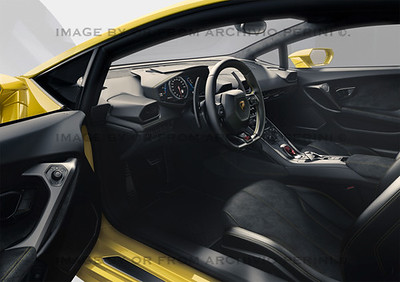 The new Lamborghini Huracán introduce a new body language from the design team led by Filippo Perini (not a relative of the author) by combining smooth and soft longitudinal lines with sharply edge sections and crisp details in a new 3D perspective. Overall there is a new deal of simplicity at the risk of softening more than desirable the lateral surfaces, in contrast to the strength at front and power at rear. At least, this is what we perceive from the images. We shall come back to the Huracán design after we have seen the actual car on the road and in daylight.

In the meantime, let’s listen to Lamborghini’s design director Filippo Perini: «The starting point is the silhouette of the Huracán, born out of the desire of creating an automobile, whose profile is defined by only one line that merges the front with the cockpit and the rear of the car. The lateral windows come together to create a hexagonal form inserted like a glass jewel in the car’s profile.»
At night the Huracán is also going to stand out of the crowd and make an impression. This is what the designers promise. The generous application of led technology will grant a strong character to front lights and rear lamps as well as brighten up the whole car in all those area where, on different circumstances, some light is needed or convenient.

The pictures available so far just tell a bit of the interior design but they show a facia with a strong Lamborghini feeling with geometric modules of different size and shape upholstered in fine nappa leather and arrange is a “aircraft-like” order. The instrument panel has the conventional look and layout even though indeed it is made on a single 12.3 inch TFT monitor, which is light and adaptive to the driver’s preferences. The monitor helps in reducing the number of controls and switches by delivering all sort of information to the driver: from rev counter to navigation maps and infotainment functions.

There is no news of any Head Up Display though. We hope it has just been forgotten by the press release and not by the marketing, design, and ergonomics experts. They could be hardly forgiven for neglecting that.