THE FIRST FERRARI DESIGNED BY GIUGIARO.

Giorgetto Giugiaro designed his first Ferrari, this unique 250 GT SWB, at Bertone at the age of 21. It is a light and elegant two (plus two) seater coupe with a low belt line, large glass area and a modern style. The patron who commissioned the project had indeed asked for a discreet and refined style in contrast with the “racing” character of the typical Ferrari.
The car was built by Bertone as a fuoriserie and was unveiled at the 1960 Turin’s Salone dell’Automobile.

At that time the bespoke 3.0 litre, 12 cylinders, Ferrari was simply known as 250 GT and introduced innovative light alloy wheels built by Campagnolo.

Although its style had to be somewhat conventional, the sports car introduced some trend-setting  innovation inside and out. 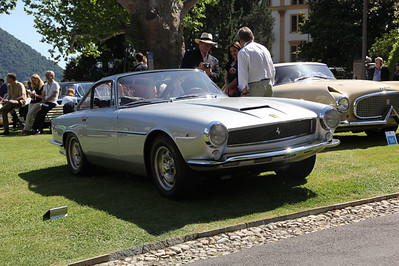 Such as the rev counter and speedometers on the side and tilting toward the driver and, typical of this one-off, the wrap-around front bonnet that was made of a single steel panel and integrated the upper part of the fenders, as an illustration published in the December 1960 issue of Quattroruote shows. 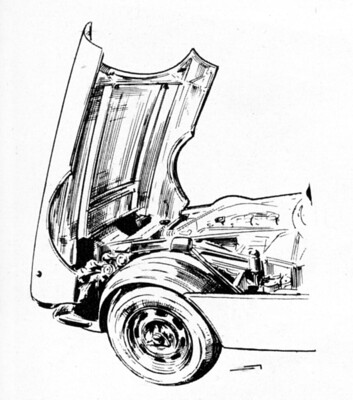 The car was delivered in January 1961 to its new owner in Genova, Mr. Italo Musico and it is now owned by William Heinecke.

Forty-five years later Giugiaro designed a new bespoke Ferrari, This time he was going to be the owner, setting the briefing for himself, as a present for its 50th year of car design.

That has delivered the Ferrari GG 50, officially the latest Ferrari designed by Giorgetto Giugiaro. Another fuoriserie which architecture has indeed set the base for the revolutionary Ferrari FF.

THE FIRST FERRARI DESIGNED BY GIUGIARO.