Nothing in China is easy to understand for a western.
Or at least for one western: me.
However one brand name is easy to understand: FAW, the acronym of First Auto Works.
The first, official, car factory established by the Chinese government in Changchun, Jilin, back in 1953.
Its first accomplishment was indeed the 1958 Hong Qi, Chinese for Red Flag.
Ever since, through ups and down, the Hong Qi has been the truly Chinese automobile.  In its first years and decade, when Chinese mobility relied on bicycles, the few Hong Qi that the FAW car company could produce, were the hunting reserve of the high-rank leaders of the ruling party and few state dignitaries.
They have been “for governments only” so far but now, and here is the big news for 2014, the company can sell them to any buyer.

Well, to be precise to any buyer ready to part from a check of some $ 800,000, depending on the exchange rate, to own the one and only icon of the Chinese automotive industry.
The official price indeed is reportedly 4.9 million Yuan. This is the amount paid by a very wealthy Chinese businessman for very first car sold to a private at the Beijing 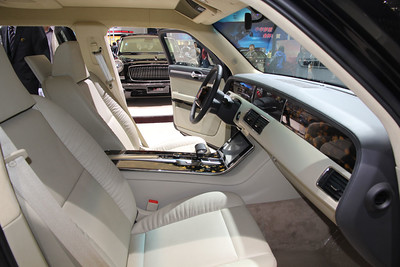 An Icon that has been 60 years in the making. 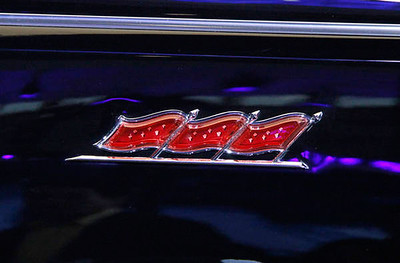 That first generation Hong Qi, based on a 1995 Chrysler Imperial was produced along 23 years in different variants.
With production of Hong Qi being so rare, there was a long list of “high officials” waiting for the privilege of an official car.  The demand started to be met with an adequate supply only after a joint venture established by FAW with Volkswagen back in 1991. The new company launched the second generation with their first “limousines”, based on the Audi 100. There were two versions: one called “Century Star” was the luxury option; the second was the Hongqi Mingshi (the more popular 1.8 litre version). Another Hongqi model was developed and built on the American Lincoln Town Car though 2005.
In the meantime the nameplate of the “Red Flag” model had become brand name. 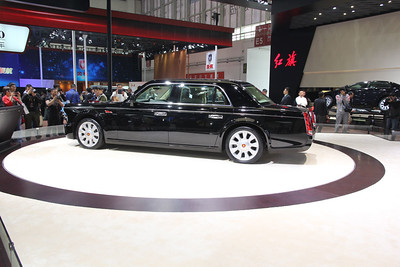 The third generation went on sale in 2006 with the “Hongqi HQ3” label, and was not much different from the Toyota Crown Majesta the FAW-Toyota joint venture was assembling in China. read more ...
StartPrev123NextEnd
Category: News & Facts / Today