THE FUTURE OF TRAVEL

From genetically engineered cars to vacuum-packing bodies for space travel, MINI reveals the extraordinary vision of six cutting-edge designers ahead of a pioneering exhibition launching at London Design Festival, 17-21 September 2014.
Earlier this year, MINI teamed up with Dezeen and the UK’s most progressive young designers to explore how design and technology could transform the way we travel in years to come. The following images and videos are an insight into their inspiration and an exciting first peek at their work before the final pieces are unveiled at the exhibition, ‘Frontiers - The Future of Mobility’.

Each exhibit has been part inspired by the spirit of the MINI brand and the newly launched MINI, a car that combines iconic design with cutting-edge technology. 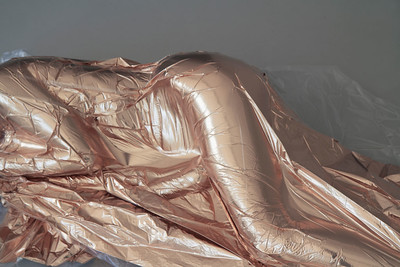 Body Architect Lucy McRae invites visitors to designjunction to take part in an interactive performance, in which their body is vacuum-packed to prepare it for space travel. Inspired by artists working with NASA, McRae's installation will consist of a series of pods, which visitors will be invited to step inside to prepare their bodies for the rigours of a zero-gravity environment. "Astronauts that come back to earth suffer an extreme osteoporosis because there's no gravity for bones. So the idea is you get under these golden aerated cocoons and slowly the air is sucked out of these pockets…. It is going to be weird!" 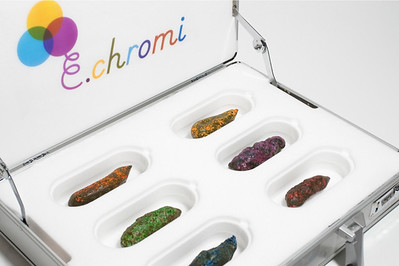 Alexandra Daisy Ginsberg’s experimental design will investigate genetically engineered cars grown from living materials. Synthetic biological cars, she suggests, could evolve and mutate as they are used and repaired so they become better adapted to their environments, just like living organisms. "My concept is around 'repair ecologies,'" she explains. "Would cars that are repaired in a hot place be different to cars that are repaired in a city full of pollution, or cars repaired somewhere humid?" 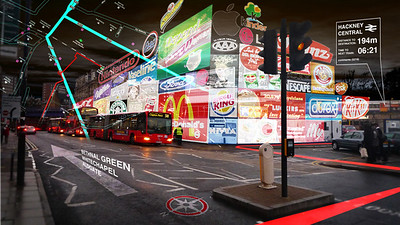 Designer and filmmaker Keiichi Matsuda’s research explores the possibilities of augmented reality, which could be used to super-impose digital traffic information and road signage onto the physical world. Currently augmented reality is limited to using a physical interface such as a tablet or a headset like Google Glass. Matsuda believes that is about to change. "I'm aware of some projects happening right at the moment, which are set to revolutionise this kind of process," he says. "People are looking into contact lenses as a way of introducing this digital overlay on the world, and the other big thing is projecting directly onto your retina." 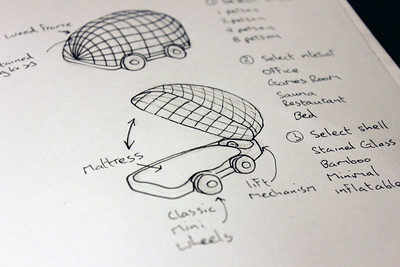 In a future of fully automated, computer-controlled vehicles, airbags and crumple zones will be redundant, British artist, designer and inventor Dominic Wilcox suggests. So why not build an intricate stained-glass car? The safe, driverless cars of the future will free up designers to create radically different car designs, ones that you can just sit in and sleep while it drives you to your destination. "I was really struck by the stained glass windows of Durham Cathedral," he explains. "I thought, 'Why don't we use that so much in contemporary design?' So I'm learning a bit about glass making and working out how on earth does one make a stained-glass car of the future?" Dominic is interested in technology, he says, “because it is the closest thing to magic”. 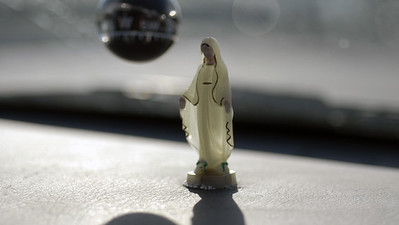 British-Colombian artist Matthew Plummer-Fernandez re-imagines the familiar dashboard bobblehead as a personal, 3D-printed driving companion used to communicate with our cars. The idea is inspired by the practice of sticking small figurines onto car dashboards to bring good luck. "These avatars would have a personal relationship with the driver," he explains. "They would be something that you would purchase as a product or a service, but as you develop a relationship it would learn your preferences. So even if you change vehicle you could take this avatar with you and install it into your next vehicle. 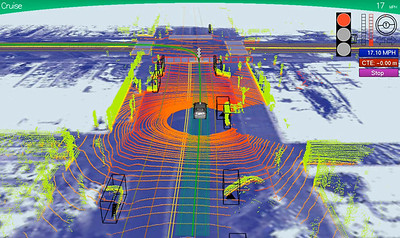 Architect Pernilla Ohrstedt will design MINI’s exhibition space at designjunction and showcase her take on the future of travel within it. Pernilla predicts our cars will soon be able to collect detailed 3D scans of the world around us as we drive – and will explore how we might use this to create real-time 3D maps of our cities. "We can already go onto Google Earth and check tourist destinations," she says. "In the future it's really conceivable that we'll start travelling the virtual world instead of the physical, because it will be scanned at such high resolution." 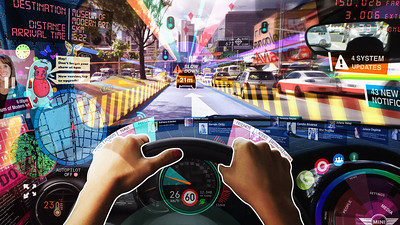 
‘Frontiers - The Future of Mobility’, presented by Dezeen and MINI, takes place at designjunction, the Old Sorting Office, from September 17-21 as part of London Design Festival. Press previews 17 September, exhibition open to the public 18-21 September.