For insiders, the Geneva motor show will be «done and gone», in a week time.
When the public at large will fill the halls of Palexpo in Geneva, all professionals will be looking ahead and to the next global gathering of cars and people: the 13th Beijing International Automobile Exhibition (IAE) opening on April 21st.
In view of the next meeting in China, we reproduce here a contribution of Torino Design’s founder and CEO, Dr. Ing. Roberto Piatti, a pioneer of the China-Italy co-operation in automotive design, first published in Auto & Design magazine.
He discusses his vision of “The China of Tomorrow”.

It often happens that we leave a restaurant with the distinct impression that the excellent, delicious dish that we have just enjoyed is so simple that we could easily reproduce it back at home. There are quite a few recipes that seem so simple that they make anyone believe they can cook like a master chef. And yet it is the most simple recipe that proves just how incredibly hard it is to create excellent results from something which, in the end, turns out to be less simple than we originally thought. So, a little downhearted and frustrated, we are compelled to go back to the place where we first tasted the magic.

If we also add the fact that there's nothing simple at all about the automobile to this metaphor, then we have an effective explanation of the relatively stagnant state of the Chinese auto industry witnessed at the past Shanghai Motor Show. While there is no shortage of demand in this dauntingly large market, which is safely remote from the maladies of the 'mature' automotive world, it is only the established old 'restaurants' that are benefitting - in other terms, the foreign brands whose secrets the Chinese had hoped to quickly master during a brief period of joint-ventures with them.
Indeed, the Chinese automotive industry began to blossom around joint-ventures enthusiastically encouraged by the government to rapidly raise local production to international standards. For each joint-venture, there has always been a parallel development plan for a local brand in the hope of a rapid infusion of expertise from the foreign manufacturer. But the foreigners have, it seems, been astute enough to stop this learning curve from developing as quickly as expected, leaving the locals heavily dependent on foreign standards and organizations. As a result, foreign manufacturers operating locally are flying high while the locals are still struggling to get off the ground.

Falling behind in the development plan

I have been visiting China for twenty years, and I can clearly remember the plans laid out by the Beijing government in the early to mid 1990s for two or three major Chinese groups to be ready to tackle global heavyweights such as General Motors and Toyota within a decade. This, however, has yet to become reality. In fact, quite the contrary has been true, and in a curious phenomenon becoming increasingly accentuated in recent years, the more the local market grows, the more local consumers prefer to buy foreign brands (if they can afford to, of course). 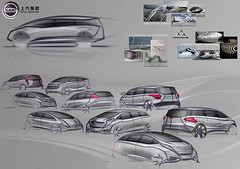 Instead of taking off as expected, the market share of the Chinese brands has actually dropped off from the 30% reached in 2009 to approximately 26% in late 2012. Making up the top ten cars preferred by the Chinese are one Ford, four Volkswagens, three General Motors models and two Hyundais.
According to the latest analyses by product experts, China is still five to ten years away from reaching the capability to produce cars on a global scale without foreign help, and it also appears that the Chinese consumer shares the same opinion.
We have already discussed the growing phenomenon of foreign designers and engineers being taken on by local Chinese brands to give their development a boost, but miracles cannot happen in the automotive industry in just a year. And while the time scales for the acquisition of know-how are shorter than ever, nothing can happen immediately.

The Chinese government is aware of this development gap and is taking action on two separate fronts: on the one hand it is encouraging a number of local constructors to join forces, to create more effective synergies and share the work load (although local interests in different provinces are often at odds with the unifying rationale of central government), while on the other it is stimulating new joint-ventures (such as the recent case of Land Rover and Chery) because, in the end, it is wiser to create new jobs and continue developing than to hamstring foreign constructors while the country still has no strong players of its own.

Where the market is heading

The figures for the Chinese market are what make its future look so bright - it already devours over a million cars a month, and a projected 22 million car sales in 2020 (some analysts even go so far as to say 30 million) will make it the world's biggest market. It is the adrenalin rush and enthusiasm of living in a country that is growing, dreaming and imagining a better tomorrow. 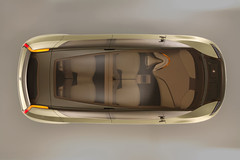 Between 2005 and 2011, the automotive sector grew by 24% every year, because it was starting from volumes that were actually very small when spread over such a huge population. However, overall forecasts for the period from 2011 to 2020 are still at an enviable 8% per year.
In 2011, only 17% of families had an annual income of more than €10,000, but this figure is destined to grow to 58% by 2020. Meanwhile, the number of 'mid-sized' cities is also growing (China currently has over 40 urban centres with populations between 3 and 5 million), and these cities still have very low pro-capita car ownership figures. The 500 cars per 1000 inhabitants we're used to in Europe compares with just 40 in these areas, which clearly leaves enormous scope for growth in motorised mobility. 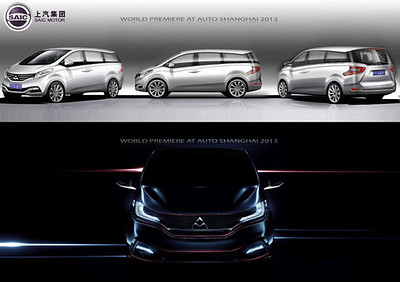 All of this means that new car sales in China will account for 35% of growth in the global car market. This in turn will be influenced by the significant differences in tastes between even adjacent regions in China, which will create a situation necessitating great flexibility and the ability to respond rapidly to changing demand.
There will also be more sales in higher priced segments - for instance, SUV sales are expected to treble in the next ten years. The luxury car segment in China has grown on average by 36% per year over the past decade - a rate far exceeding the total growth for the market - and it is not expected to drop below 12% in the near future. Even now, for example, over half of all Bentleys manufactured are sold in China, where the consumers adore the long history and values of Europe's luxury brands.

Looking at China's constructors, it's hard not to notice that there have been some missed opportunities. They are pouring vast amounts of money into their rush to 'copy others to become like others', but forgetting to conduct basic research, and this situation will only perpetuate their dependence on foreign constructors and component suppliers. 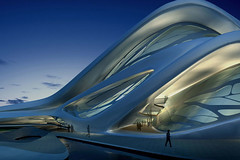 The Chinese government should be pushing local constructors to find the courage needed to invest in research and innovation, to develop new electric drive platforms and new energy production systems. A policy such as this would generate new automobiles that would embody a whole new concept of personal mobility, creating an image that would attract today's young generation, which is more interested in smartphones and social networks than in the dear old automobile.
In China, there are all the right conditions for a revolution in the automobile: there are large enough volumes to justify investment, there's sky high pollution demanding a solution in the immediate future, and there's a central government capable of coordinating manufacturers and planning infrastructure.
What the country needs most now is vision. 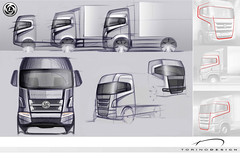 As history has taught, vision can neither be copied nor learned. Vision must be nurtured and pursued with patience.
Perhaps it wouldn't be such a bad idea to recommend that the entire management class of the Chinese auto industry reads the book "The man who planted trees" by Jean Ciono.