Walter De Silva keeps expanding his horizon on design and challenges himself again and again.

For the “Feeding New Ideas for the City” within the frame of the Fuorisalone 2014, De Silva has conceived an installation exploiting 2d visual communication and a solid 3D industrial sculpture confirming Audi’s care for quality, precision, image and brand.

The audio-visual is joyful and yet communicate the company achievements in every area, from design to engineering and manufacturing. The sculpture shows the mating of a sophisticated aluminium frame with a number of carbon fibre component connected to the frame. Which chassis frame it is may not be relevant at all here but automotive experts may guess this is a preview of the Audi Q4 concept the company will be showing shortly at the Beijing Motor Show.

The exhibits are presented in an independent pavilion inside the 18th century courtyard of the University degli Studi at Via Festa del Popolo . The Pavilion is a “white shade of pale” paralleled that fits well in the neoclassic environmentt. The static quality of the parallelepiped is filtered by a facade panel, where the parametric generation of openings and their interaction with natural light become the interpretation of dynamism and movement, leading features in the design philosophy di Walter Maria de Silva 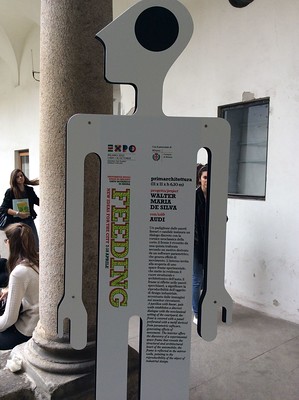 According to De Silva «primarchitettura observes design as primary architecture, stripping it of its soft aspects, discovering unexpected new formal values, on the borderline with the status of art, a temptation proudly avoided to forcefully reassert the natural force of industrial reproducibility.» 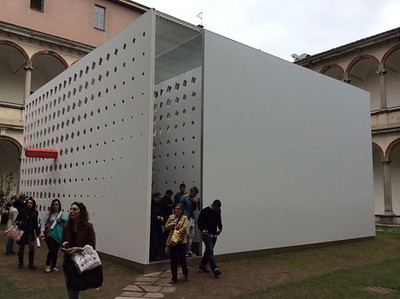 The idea originated from the consideration that: «All too often, the interpretation of design stops at the surface.» In this case, the formal, emotional and sensorial aspects can constitute an obstacle to overall understanding of the project.» 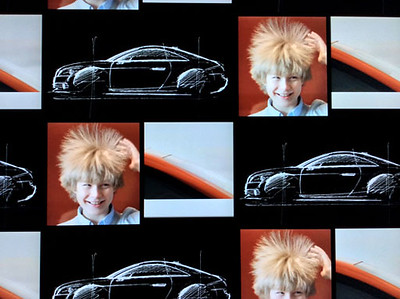 In this installation, the container functionally respects the content, freeing its volume from decorative touches and accessories and taking it to a new elevation level. 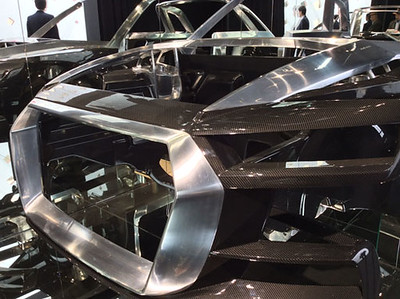 Inside, an experimental space-frame, is presented as a work of art and as a research instrument, whereas the design and style concepts, the passion and emotion as well as the commitment to a creativity process developed for large scale production are shared with the public through continued visualizations of digital images and reflected by mirrors-like containers, design and style concepts, are infinitely reproduced since they are positioned in reflecting containers.