Luciano Bove is born in Nocera Inferiore Italy in 1963, at the age of 19 he moves to California to start his adventure to become a car designer with the objective to be accepted by Art Center in Pasadena. In 1989 he got the Bachelor in Human Science in the field of Transportation Design at the Pasadena Art Center College of Design, California.
Luciano Bove in November 89' starts to work at the FIAT Design Center where he remains for 12 years making an incredible instructive experience, one of the most important projects at Fiat are: the Fiat Seicento design & management 1995/98 & Fiat Stilo management 1998/99; in January 2000 he moves to Renault Design Center becoming Senior Design Manager at Renault Technocentre in Guyancourt, France where he still works today as R&D Design Manager.

The most remarkable projects are Renault the managing of the Kangoo Break-Up concept car unveiled at Paris Auto show 2002, New Kangoo II 2008 and the Electric car Renault TWIZY. 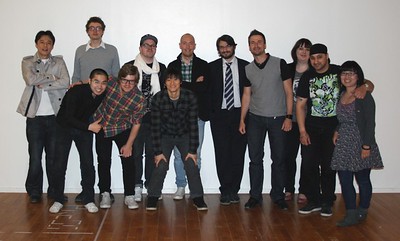 His guidelines on Design Schools and Courses