Photovoltaics - how it works

Conventional photovoltaic cells are electronic components based on silicon, a semiconductor material. It absorbs photons (constituents of solar rays) converting their energy into electrical particles (electrons). These charges are collected on the front and rear of the cell. The tension this creates generates an electrical current. Each cell only produces a limited quantity of electricity (≈ 0.5 volt). The cells are assembled in modules and panels, which are themselves connected in series.

Photovoltaic technologies are used to convert solar energy directly into electricity. There are many different technologies available to suit various requirements, from domestic systems to utility scale. Photovoltaic panels come in various shapes and colours offering flexibility for design integration. Unfortunately in the automotive industry, the return on investment (ROI) has only been around 10%, not sustainable for production.

The most common photovoltaic technology is based on crystalline silicon solar cells. In this application glass acts as a protective outer layer, while transmitting the solar light to the photovoltaic cells interconnected underneath.

Other photovoltaic technologies include thin film where solar cells are deposited as a sequence of thin films on glass. In these technologies, transparent conductive coated glass can be used as the front glass upon which the films are grown. The conductive coating not only allows light through to the photoactive films, but also conducts the generated electricity out of the modules. 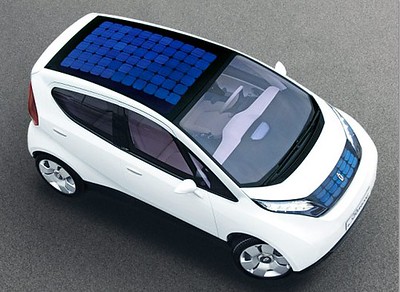