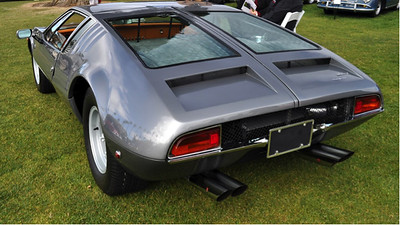 The Mangusta shared more with concept cars of the period than its contemporaries. This is especially true of the gullwing engine doors which only provided access to half the glass covered engine bay. This unique touch was part of design originally intended by Giorgetto Giugiaro formerly of Bertone. The Mangusta formula was the same as that for Pantera: a Ford V8 engine (albeit a 302 rather than a 351C) midships in a sleek Italian body. In the case of the Mangusta, stylist Giorgetto Giugiaro added the unique touch of gullwing doors covering the engine bay and luggage compartment, and he conveniently buried the small-block mill under the bodywork in the process. 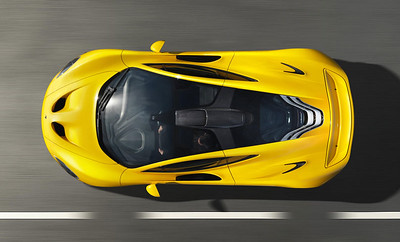 A key part of the interior (I know you are thinking an exterior panel) was the glass roof. It would have been very tight and a quite dark interior. Designers need to get more light into the cabin. McLaren used aircraft-grade glass, the lightest on the market, super thin which saves weight, obviously which on this or any vehicle is critical. The teardrop-shaped glass canopy is the crucial aspect of the design. McLaren’s engineers evolved the glass canopy from current Le Mans car principles and it dictated the surface shape of the body panels. From the inside, the glasshouse of the McLaren P1 feels light and spacious. Visibility is good and to deflect glare, the two roof panels are solar reflecting.

A similar passion for the wider view is taking shape in passenger cars. Large double sunroofs are growing in popularity. Ford says orders for its expansive sunroof option are double what had been projected; in two crossover models, the Edge and Explorer, half of the buyers spent the extra money for it.
New types of glass have helped make the trend possible.