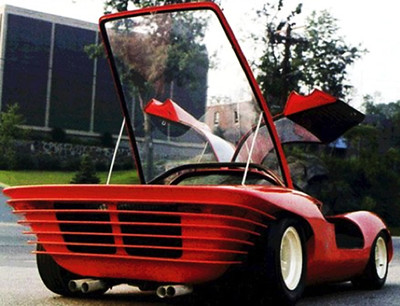 The 250 P5 Berlinetta Speciale concept cars built as collaboration between Ferrari and Pininfarina. The concept features many design elements which appeared on later Ferrari models. The P5 featured about the concept was that it featured a glass-covered mid-engine, much like many of the modern Ferrari do today.

Designed by Pininfarina in 1968, the Ferrari P5 was first shown at the 1968 Geneva Motorshow. The Ferrari 250 P5 Berlinetta Speciale was constructed using a P4 chassis and had a 3 litre mid-mounted V-12 engine. The car was a study in aerodynamics and design and it helped influence later day production Ferrari's, most notably the clear rear glass over the engine.