Those who took the trouble to click at «Family Album» must have seen, in less than 5 minutes, the life story of this journalist. So, before diving into the vast ocean of the cars being produced, it would be appropriate to say a few more about what led me to be, first a kind of motoring writer and then a publisher of some 19 different magazines, the most known being «4Wheels».
Born before the war in an Athens neighborhood very near the Acropolis, I had the unfortunate experience of witnessing, first the four years of German occupation and, immediately after, a 6 year Civil War
One would ask what wars have to do with the life of a child? The answer is simple: parents keep children indoors, children have no radio or TV so they look at books –and dream.
I decided that I would be a pilot when I witnessed the flyover of a couple of British Gloster Meteor fighter jets over Athens that, in a way, marked the end of hostilities with ELAS guerillas.

Many years later started what every pilot to be does: building models of aeroplanes and gliders and, in 1956 I took my first glider flying lessons. I soloed in ’57, started flying aeroplanes, got my PPL in 1974, my helicopter licence in 2004 and, all those years I have never stoped flying! 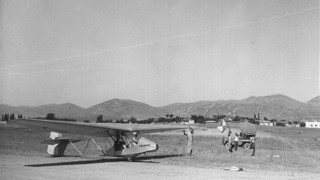 I took my glider flying lessons in the 50's in a Roda two seater.

But, what about driving? I usually say, and in a way it is true, that I first learned to fly and then drive –a three/quarter tons truck we had at Tripolis airfield in the Peloponese for winch tows. 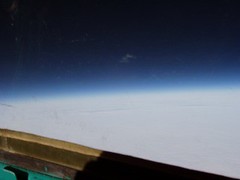 This brings me to my involvent with cars which started at the late ’50s when, I went to England to study Mechanical Engineering.
Failing (miserably) in Chemistry I went back to Greece looking for a job. Found it at «Mesivrini» daily newspaper, the Chief Editor there asking me to «write» about cars».  Since that day in 1963 it was 5th forward all the way I dont now how many countries I have visited and cars I have tested 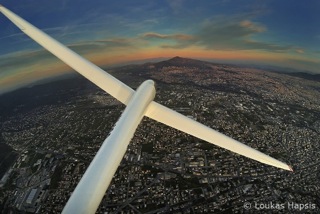 This is how an Athenian afternoon looks from the tail of a Blanik glider (photo: Loukas Hapsis)