May I ask why it is taking some 15 years to take a winning product to the market?

Now the market launch of the promised Maserati SUV is three years away.*

There is a pervasive scepticism in Italy about the recent and widely reported announcement of a 1 to 1.5 billions Euros investment for the new Maseratis and at Fiat's Mirafiori industrial complex for the production of the anticipated Maserati Levante luxury SUV, and possibly a all-new Alfa Romeo model, a SUV or a premium sport sedan.

Information from different sources seems to confirm the official information lacks credibility, as their pieces do not match convincingly. It is not the first time that Sergio Marchionne statements and comments are contradicted by the reality of facts.

Insiders say there is no need for another factory to reach the highly optimistic production (and sale) volume of 50,000 Maserati per year expected by the company by 2016.

At the same time how can the Fiat Group afford to make such a risky investment when it is cutting costs and save every penny on everything and anything, up to delay again and again the development of vital product such as the Punto and Mito range? How many premium and high-cost Maserati (and Alfa Romeo) should be produced to pay back the 1 billion euros investment and deliver some profits?

If taking Maserati in the Olympus of premium automobiles, require investment of 1.5 billion how much will the Fiat Group have to invest to re-launching Alfa Romeo and take to the promised land of 300,000 units per year now that its sale are declining for the anaemic range on offer?

These are just some of the questions that cannot get convincing answers.

In the past years and months, Marchionne suggested the Mirafiori plant would be refurbished for volume production of a new pair of SUVs for Chrysler and Alfa Romeo. The news was not well received by the workers in Detroit and was no longer confirmed.
In the meantime Fiat and Chrysler have changed once again their plans, as development was going on in Detroit and Turin for the new Maserati SUV, reportesly conceived for production in Mexico at one point in time. 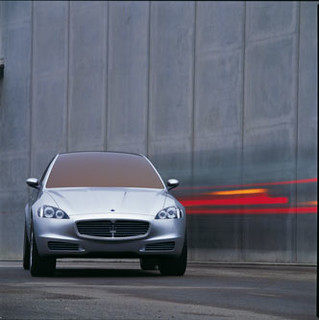 That plan was changed again when it became obvious that the plant delivering the Grand Cherokee was too highly automated to allow to production of a quality, labour intense, luxurious, small volume SUV. Although quite high for Maserati a production run of some 20 to 25 thousand units per years cannot be economical and premium.
After frantic and intense commuting between Turin and Modena, on this side of the Atlantic, and Detroit on the other side, Fiat and Maserati decision makers have come to the conclusion that the promised Maserati luxury SUV cannot be engineered in Detroit, built in the USA and sold as an Italian exotic. The more than the platform originally considered for the job, that of the Grand Cherokee would hardly grant the performance and credibility of a Maserati, even if the Grand Cherokee was on its turn originated from monocoque platform of Mercedes-Benz's ML.

The fresh news these days in Torino and Modena is that the Maserati SUV is taking an all-new start and is back to the drawing board. For designers and engineers the mission is, eventually, to the point: create a real Maserati SUV from the Quattroporte platform. The real Maserati today.
Obviously the unveiling of the Jaguar C-X17 SUV (which development was most probably prompted by Maserati's previous announcement and showings) must have had a major role in the most recent decisions at the Maserati and Fiat headquarters. 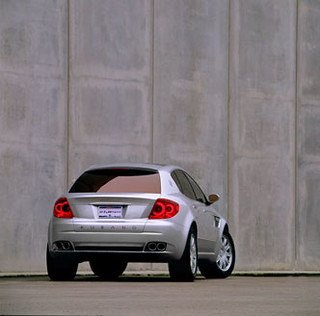 ITALDESIGN-MASERATI-KUBANG-2003-11
size=medium600 align=center}
The new start means that those enthusiasts who were eager to take delivery of the Levante in 2014 as previously announced would have to wait till 2016, at the earliest.
The first idea of an elegant and exotic Maserati SUV is now 10 years old.
The first vision of what a new Maserati model line could be was first originated in 2003 when Giorgetto and Fabrizio Giugiaro of Italdesign proposed their Kubang as the new "GT Wagon" architecture to a great acclaim. The input came from Luca Cordero di Montezemolo who was very enthusiastic about that plan.
Two years ago, at the Frankfurt motor show, Maserati designers presented their own interpretation of the formula. Despite some critics commenting that Maserati should have kept Giugiaro design and just change the name instead of the contrary, the Maserati Kubang show-car appealed the buying public and got the green light with a new name: The Maserati Levante (the name of a wind, as in the company tradition).

* This report was first published on September 17th, 2013 in wardsauto.com